“There is a difference between conceit and confidence. Conceit is bragging about yourself. Confidence means you believe you can get the job done.”

Bragging about yourself is one of the most toxic things that you can do for yourself. It doesn’t only put your character down but also reduces your human values. In Hindi, the people who keep on bragging about themselves are termed as अहंकारी (i.e. cocky). People who are extremely proud of themselves find it hard to learn and this nature is one of the evilest natures one can have.

This not only destroys the peace in the surrounding of the person having this nature but also destroys the inner peace of the person holding this nature. This kind of nature detaches you from yourself and takes you to an imaginary world where you are the king and nobody else is as great as you, but all that is just imaginary. This nature takes you nowhere but makes you think that it will take you to a higher form of your own created universe.

Basically, if want to break it down into easier words then I shall say that it just makes you think that you are the best and nobody else can be as good as you.

Now, we all know that we all are psychotically unstable to some point in our life. Most people think that they are completely healthy but that’s not true. For example, most of us create fake scenarios and overthink. This is a true example that shows that we all are somehow affected mentally.

While overthinking, we all know that there’s nothing true about the things that we are constantly thinking about but we still keep on thinking about those things, which results in, depression, anxiety, and various other mental issues. To be honest, this is not our fault. The times have become so hectic that we don’t even get the proper sleep that our body and mind need. This results in fatigue and tiredness.

We are so much dipped into social media that we have forgotten completely about the real world, and again we can’t stay away from social media because our work has attached us to that. Our mind is so cluttered with News/media advertisements that we don’t even get time to think positively.

Due to Covid-19, all this has increased rapidly resulting in an increased number of suicides. Knowing all this, we can’t still help it, you know, because we can’t stop the media, it’s their work. We can’t stop social media, it’s our work. Then, what should we do?

Bragging about ourselves doesn’t just happen like that. A big part of it happens due to the wrong upbringing of a child, that’s the root of this problem. If you feel that you are bragging about yourself ay too much and you should stop doing that, then start thinking, from where this all started.

If you have grown up in an environment where people have been hyping you up unnecessarily, then just get one thing in your mind that you are not perfect, there’s always someone out there who will be better than you and you have accepted that fact as fast as possible. If it’s hard for you to swallow this fact then, you should start realizing that you are destroying yourself and blocking yourself from learning more.

They say that “The greatest Knowledge is to know that you know nothing.” If you feel that you are not learning anything and you are feeling jealous about others very easily, then this is a sign for you to improve yourself. In order to become the best version of your own selves, you have to let go of your cocky attitude and start learning.

Now, let’s talk about the scientific aspect of it. Pride is thought of as a feeling of self-respect and personal worth: a feeling of satisfaction with one’s own (or another’s) achievements. It is an integral component of healthy self-esteem and a crucial part of each person’s sense of self. With bragging, conversely, we are talking about excessive pride.

Narcissism is the pursuit of gratification from vanity or egotistic admiration of one’s idealized self-image and attributes. The term originated from Greek mythology, where a young man named  Narcissus fell in love with his own image reflected in a pool of water. Narcissism or pathological self-absorption was first identified as a disorder in 1898 by Havelock Ellis and featured in subsequent psychological models, e.g. in Freud’s On Narcissism (1914).

The American Psychiatric Association has listed the classification narcissistic personality disorder in its Diagnostic and Statistical Manual of Mental Disorders (DSM) since 1968, drawing on the historical concept of megalomania. It is distinct from concepts of distinguishing the self (egocentrism or egoism) and healthy forms of responsibility and care for oneself (“primary narcissism”). Narcissism by contrast is considered a problem for relationships with self and others and for maintaining a functional culture.

In trait personality theory it features several self-report personality inventories including the Millon Clinical Multiaxial Inventory. It is one of the three dark triadic personality traits (the others being psychopathy and Machiavellianism).

The term narcissism comes from the Greek myth about Narcissus (Greek: Νάρκισσος, Narkissos),                a handsome Greek youth who, according to Ovid, rejected the desperate advances of the nymph Echo. This caused Narcissus to fall in love with his own reflection in a pool of water. Unable to consummate his love, Narcissus “lay gazing enraptured into the pool, hour after hour,” and finally changed into a flower that bears his name, the narcissus. The concept of excessive selfishness has been recognized throughout history.

In ancient Greece, the concept was understood as hubris. It is only since the late 1800s that narcissism has been defined in psychological terms. The Cochrane Collaboration has commissioned two reviews of the evidence for psychological and medical treatments for Narcissistic Personality Disorder (NPD). In both cases, they suspended their initiatives after the authors had made no progress in over a year. There are no clear treatment strategies for NPD, neither medication nor psychotherapy. There is evidence that therapies effective in the treatment of other personality disorders do not generalize to NPD.

In our Indian mythology, most of the demons have this narcissistic quality which has resulted in their death. This gives us a lesson that if we become narcissists then it may destroy us someday. Ravana (Sanskrit: रावण,) was a demon king of the island Lanka and the chief antagonist in the Hindu epic Ramayana and its adaptations. Ravana is widely considered to be a symbol of evil, but he also had many qualities that made him a learned scholar. He was well-versed in the six shastras and the four Vedas. Ravana is considered to be the most revered devotee of Shiva.     Demon Ravana was very educated and talented but had this bragging attitude that destroyed him and his kingdom.

Since there is no specific treatment for this disorder, a parent should be very cautious while upbringing their child as their upbringing may result in something good or something bad. Everything depends on them. On the other hand, if you want to change yourself and if you feel that you have this disorder, then, start meditating. Meditation works like a miracle for such problems.

Start meditating and open your mind. A purported benefit of mind-body spiritual practices such as yoga,   meditation, and energy healing is that they will help “quiet the ego,”  providing an effective antidote to the exalted self. Sometimes, people who always brag about their personal achievements are actually lacking a sense of self-confidence and pride. In reality,   bragging is their medium to make a point and make other people aware of what they have.

More or less we all have some of the bad characters within us because we are humans are bound to have impurities but we should always try to remove these impurities in order to attain moksha or become close to God and our own selves.

Let us all fight this together and reach our best version very soon!!

You can connect me through my professional network on LinkedIn also here is the link: https://www.linkedin.com/in/sjpurohit/ 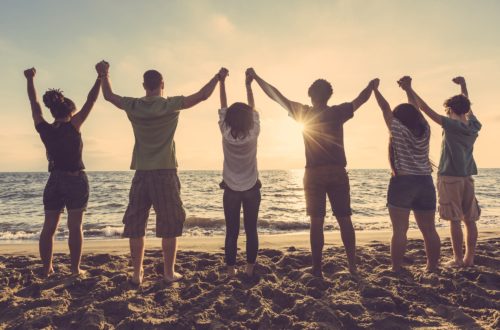 A positive spirit – The way to a greater personality.

HOW TO UNDERSTAND YOUR PARTNER?